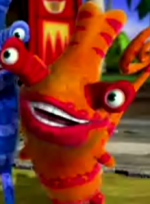 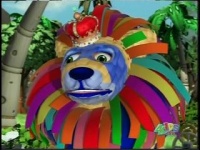 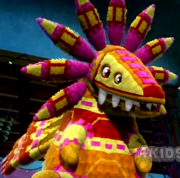 It´s the "child" of Carol Cluckle, so his name was Cliff. He thought he was a cluckle, but his sibling annoyed him that he´s a dragonache. Later he thuoght that he´s a dragonache and lived in the wilderness of Pinata island. Used to be an evil Dragonache but because of Fergy he was tamed to be a nice dog-like dragon. Later he learned to talk. He appears to also have a mind of his own in Pecky Pudgeon, Private Eye and Bringing up Cluckle 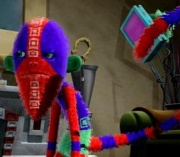 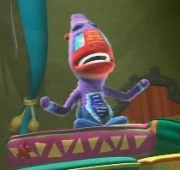