Create your own custom piñatas with PV Creator, PV Creator HD, or our card generator.
Help 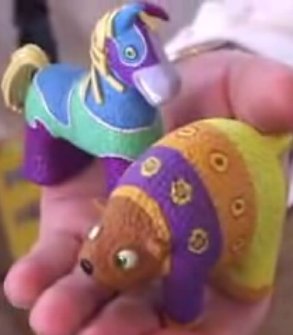 Prototypes of figurines that may be coming out in 2007

Inspired by the enchanting and magnetic world of "Viva Piñata," an entire line of licensed products from 4Kids Entertainment will hit store shelves in spring 2007.

Accoring to the United States Patent and Trademark Office, trademarks have been filed by the Microsoft Corporation on the following good and services:

The following 9 pages are in this category, out of 9 total.